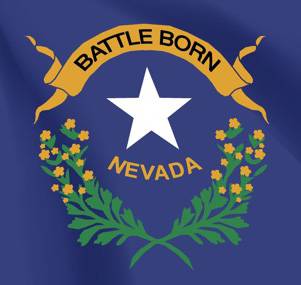 Responding to Trump’s executive order from September that barred refugees from resettling in any state or municipality without written consent, the largest governmental bodies in Nevada have all notified the Trump administration that they will continue to welcome refugees. The list includes the state of Nevada and the cities of Las Vegas, North Las Vegas, Henderson and Reno. Clark County is set to follow suit next week when the county commission considers a resolution on the issue.

The willingness to provide safe new homes for people who are fleeing violence and persecution occupies a special place in our national conscience. It’s one of our most treasured and noble values, and it’s played a key role in maintaining our global leadership role as a beacon of freedom and security.

But this isn’t just a one-way street. Refugees benefit our communities by enriching our culture, adding to our diversity, contributing to our economies, bringing innovations to our industries and in many, many other ways.

Studies show that refugees have unusually high workforce participation and provide a healthy net effect on the economy — $63 billion, according to a report from the Department of Health and Human Services that examined refugee impacts from 2004 to 2015.

That’s amazing, considering these newcomers are starting their lives over from scratch and generally face a significant language barrier.

Shamefully, the Trump administration is shutting off access to refugees at an alarming rate, saying it plans to cap admissions at 18,000 in the next fiscal year. That’s down from 110,000 allowed by President Barack Obama during his last year in office.

For Trump, the cap is another weapon in his racist, un-American war against people of color and believers in faiths other than Christianity. His infamous comments denigrating “s***hole countries” and supporting more immigration from predominantly white nations may have been in regard to immigration in general, but they also spoke volumes about his view of refugees.

Nevada’s leaders scored a victory against this bigotry in keeping our doors open to refugees.

That’s important at a time when refugee numbers worldwide are climbing due to conflicts in Syria and elsewhere, as well as climate extremes that are driving individuals out of their homelands.

Worse yet, the need is becoming more critical due to the actions of people in our own country.

Texas in recent days became the first state to close itself off to refugees — a significant development considering that state ranks No. 1 for resettlements.

Texas’ Republican governor, Greg Abbott, claimed the action was necessary due to last year’s surge of immigrants from Central America and the strain it put on social services.

“Texas continues to have to deal with the consequences of an immigration system that Congress has failed to fix,” Abbott wrote to Secretary of State Mike Pompeo.

But critics of Abbott’s decision shot that justification full of holes. The Fort Worth Star-Telegram’s editorial board noted that social services and charitable agencies that work with refugees said the state could take on more refugees while continuing to serve those who had already resettled. The board explained that Trump’s cap on refugees would reduce the number coming to Texas.

“Even if Texas took a disproportionate share, as Abbott noted it has in years past, it would be a relatively small job for the state,” the board wrote. “And it’s important to note that refugee resettlement is separate from the illegal immigration debate. Refugees are screened and come to the U.S. through an extensive legal process.”

Nevadans can be thankful and relieved that our leaders responded to Trump’s order in the proper way — by upholding our values of helping those in desperate need and recognizing our ability and willingness to provide them with a safe new home.