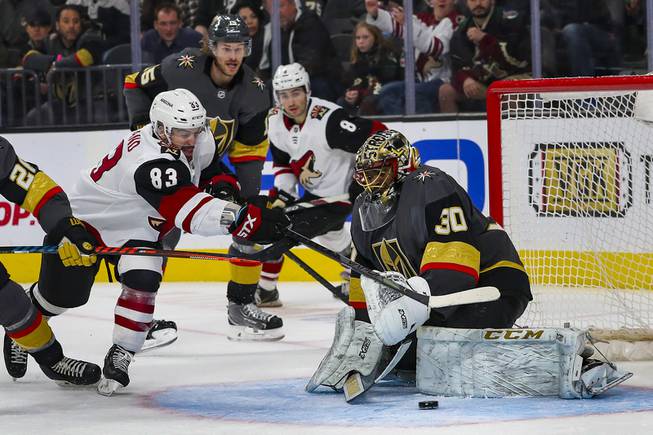 Justin Emerson and Case Keefer try to make sense of the Golden Knights’ troubling recent trend of falling into 3-0 holes in their first episode of the season. Did Vegas squander an opportunity to create some separation from their rivals with a 4-3 home stand? How will the Golden Knights fare now that they’re hitting the road for an extended period? This episode addresses those questions, and many more.

On the final Vegas Golden Podcast of 2019, hosts Justin Emerson and Case Keefer more or less declared the Pacific Division a race between the Vegas Golden Knights and the Arizona Coyotes.

Turns out that might have been a bit premature. As they release their first episode of 2020, the division looks far less settled with only a week to go before the All-Star break.

A three-game losing streak at the end of a seven-game homestand tossed the Golden Knights from the top of the division into a jumble with four other teams. The Coyotes are still a threat, but recent hot streaks from the Calgary Flames and Vancouver Canucks have also gotten them into the mix. And the Edmonton Oilers continue to hang around.

Working in the Golden Knights’ favor of bouncing back is a manageable road trip beginning tonight in Buffalo. Vegas Golden Podcast, presented by the Credit One Bank Vegas Born card, sets the expectations for the next four games and attempts to untangle the current Pacific puzzle.

Listen to the current episode to the right, check out past episodes here and make sure to subscribe to Vegas Golden Podcast on your favorite podcast app.