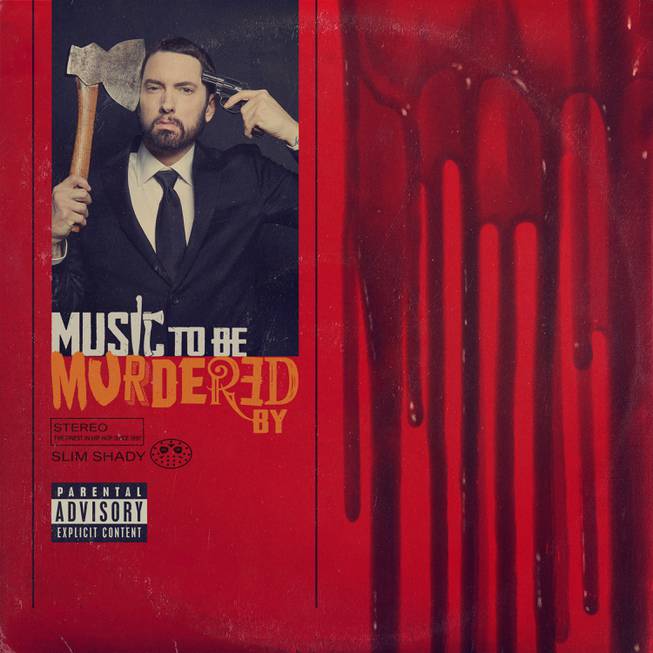 Editor’s note: Due to the graphic nature of the video, we elected to not embed it into this story. It can be viewed here.

The mass shooting on the Las Vegas Strip is featured prominently on rapper Eminem’s latest music video, which was released late Thursday.

The eerie song, “Darkness,” appears to delve into the shooter’s thoughts in the hours leading up to and immediate moments after the Oct. 1, 2017, massacre, which remains the deadliest mass killing in modern U.S. history.

The disturbing and graphic video ends with a call to viewers, asking them to register to vote and “make your voice be heard and help change gun laws in America.”

Acting as the main character in the video, in which he references and broadcasts an image of the Strip, Eminem rummages through a hotel room, drinking alcohol and taking prescription drugs as he prepares to shoot down at a concert below.

As he breaks a hotel room window, Eminem’s character switches over to an actor with physical similarities to the real shooter, who committed suicide after fatally wounding 58 victims and injuring hundreds more. Pending results of an autopsy, Kim Gervais, 57, who was wounded and died two years later in Southern California, might officially be deemed the 59th fatal victim.

An FBI report, which didn’t find a definite motive for the mass killing, stated the shooter was in part influenced by his father. The song’s lyrics reference the shooter comparing himself to his father. “You’ll never find a motive,” Eminem raps.

Investigators theorized that the shooter, who was described by Clark County Sheriff Joe Lombardo as having “diminishing” mental capabilities, might have also been seeking infamy.

“I’m a licensed owner with no prior conviction, so the sky’s the limit,” Eminem raps about the shooter in his video. The Las Vegas gunman amassed an arsenal in the year leading up to the mass shooting, which didn’t raise red flags, because he didn’t have a prior criminal history.

The video switches over from a fictitious scene to real news reports of the Oct. 1 tragedy. It’s followed by other reports from other mass shootings that have marred the U.S. in recent history.

“When will this end?” the video, which had amassed about half a million views three hours after its release, asks at the end. “When enough people care?”